Thirty five years ago this July was the last time I lined up for nationals and it was the 1985 edition in Hamilton. The 85 road course was brutal and with the first climb up Sydenham Hill, now know as Clara’s Climb, there were only ten of us left out of 60+ riders. I was the only Albertan to make the selection and it was probably one of the hardest races I competed in. BC and Quebec riders constantly attacked and I had to close most of the breaks down and after six laps I went solo and was eventually reeled in. I finished seventh. In two weeks I plan on taking the start line at the 2019 Canadian National Masters Championships in Victoria. Going to nationals is a milestone and symbolic for surviving cancer but I’m not expecting the same level of form I had as a junior. 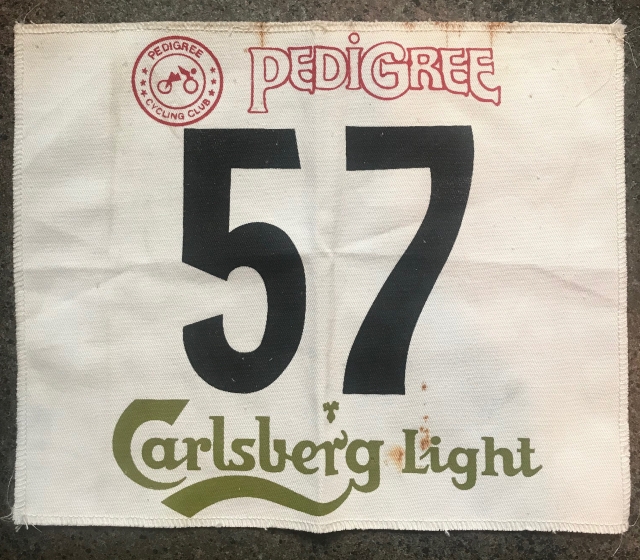 Several years ago I planned to race the 2018 edition but I got derailed with cancer and had a different battle to contend with. When I was informed of my diagnosis I had three thoughts racing through my mind… losing my family, dying and a premature end to cycling! When the prognosis changed to the positive, one of the first thoughts that came to mind was will I race again and when can I start training! Three months, six months… a year? I wasn’t sure if I would  or if I had it in me to start over but I’ve been chipping away at training and managing about 8-10 hours a week since January and my legs are coming back. I’m not quite there in terms of race fitness and two weeks ago I got spat out the back in both races I started but I did my best with what I had in the tank. Being at the back of the pack isn’t something I’m use to but I clearly remember my first race back ten years ago and I was dead fucking last and I loved it because it meant every race will only get better. I’m glad I have it in my memory to know what it’s like to be coming from behind and the be honest just being on a bike and in a race is a victory. I have no illusions.

I know that I’m not where I need to be to race competitively but it will come with time and training. Travelling to Victoria is a bit premature in terms of training and race fitness, that and my body is still repairing itself from chemo but for me it’s symbolic and it’s a story with a happy ending.

Cancer destroys lives and I’m not unique in any way. One in two people will be given a cancer diagnosis in their life, based on recent statistics, but that doesn’t mean your life is over. Getting through cancer is a challenge, a fight and a journey and if you get past it there is an opportunity to show others that you can move on and go back to the things you love to do and be with those that you love.

If you are in Victoria come see me race! June 6-9. I’ll be the guy at the back of the pack or maybe taking a flier in the criterium which would be a classic Kendal move.

Keep on moving and thanks for checking in!
James

From finding form to building form
View all posts by James Kendal →
This entry was posted in cancer, coaching, Cycling, family, health and wellness, training, Uncategorized. Bookmark the permalink.